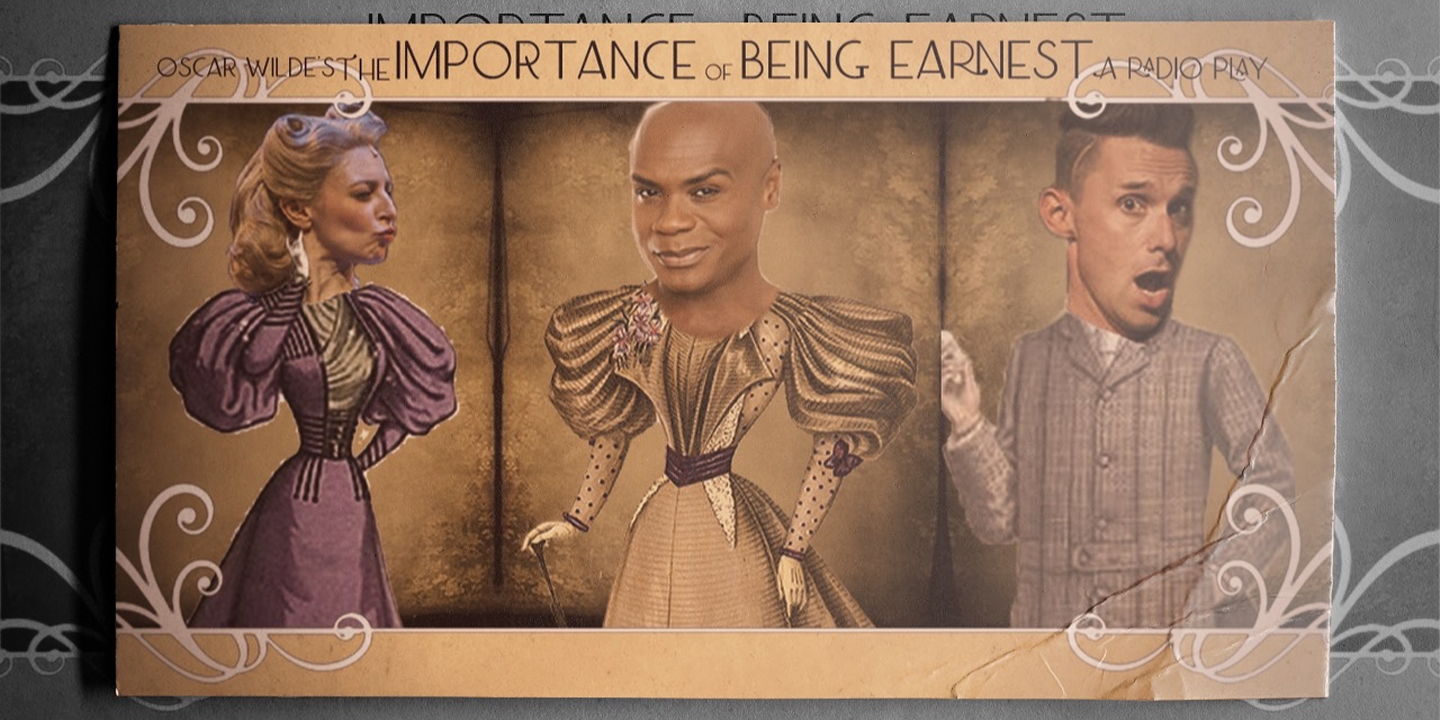 The Importance of Being Earnest

Oscar Wilde's brilliant comedy, reimagined as a radio play with foley sound effects, captures with wit and charm the absurdity and delight of the Victorian "age of surfaces" (as Lady Bracknell calls it,). This scintillating, hilarious work, adapted as a radio play, introduces us to Jack and Algernon, charming bachelors who are each living a double life, aided by a fictional alter ego called “Ernest.” But the two fall truly in love with a pair of proper young women, Gwendolen and Cecily – both of whom are partial to men named Ernest. Will Jack and Algy be able to bring an end to the charade and convince the formidable Lady Bracknell that they are suitable candidates for marriage? Wicked wit and dead-on social satire are wrapped in a confection of dual identities, matrimonial matters, and the provenance of a particular handbag.

Once you have purchased your tickets, you will receive two separate emails. The first is a ticket confirmation. The second will have the subject line "Your Upcoming Viewing Access". The second email will be send within 48hours of the beginning of the viewing period for this production.