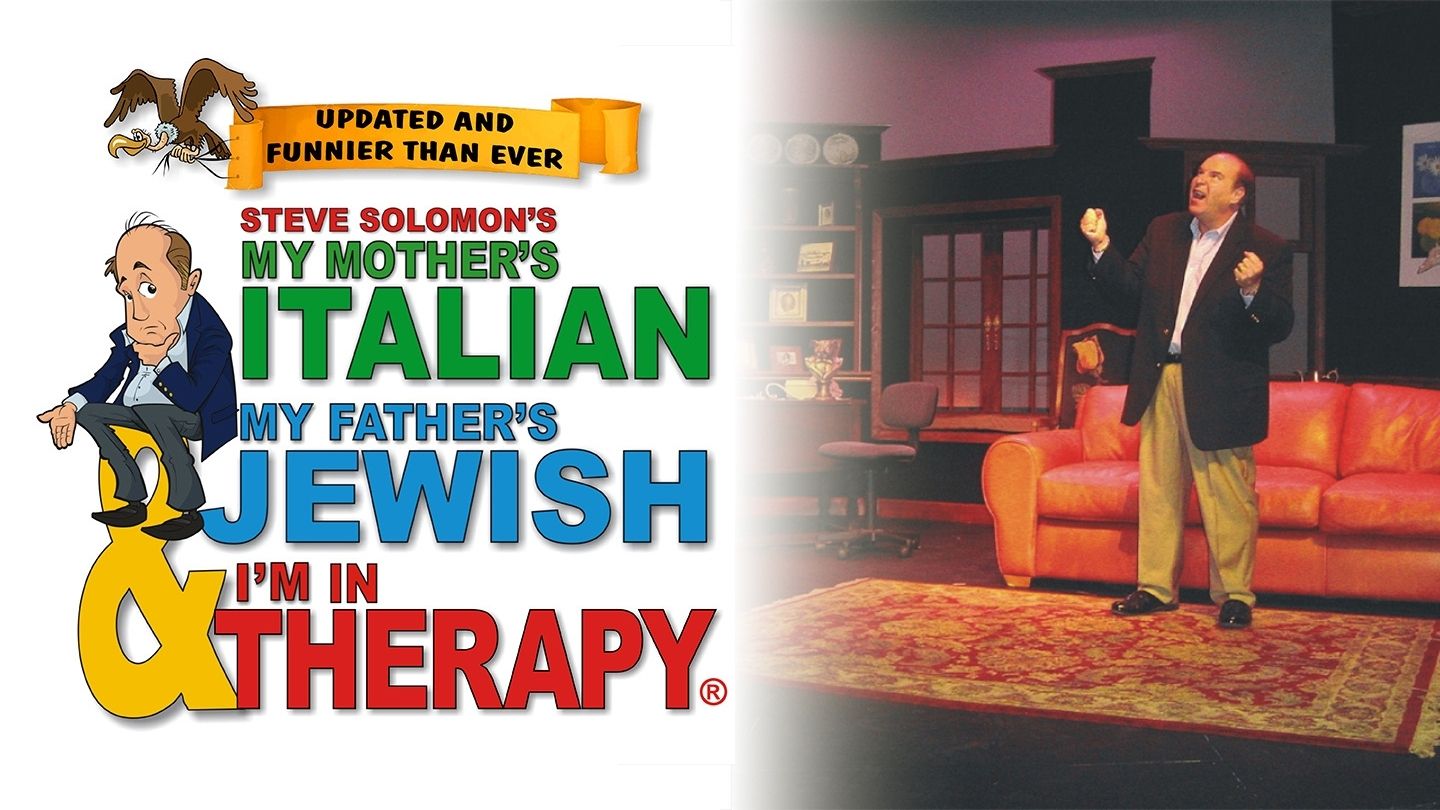 My Mother's Italian, My Father is Jewish and I'm in Therapy!

Now one of the longest running one-man shows in history (and a McCallum favorite), My Mother’s Italian, My Father’s Jewish, and I’m Still in Therapy, is an evening of hysterical comedy featuring the voices of almost 30 characters, all played by Steve Solomon. A master dialectician and comedy veteran, Steve captures the voice and personality of every single one of his family members so well, you’ll think they’re on stage with him. We’ll meet: Uncle Willie, Demented Cousin Kenny, Steve’s new therapist, Cousin Sal (and Sal’s parole officer) Steve’s Mom, Dad and myriad astounding characters we know, love and tolerate from our own families; each one brought to life on stage by Steve using his gift for creating voices dialects and wacky sound effects that only add to the hilarity of each story.