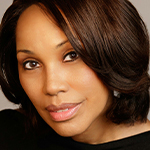 Kim Brockington
A versatile American actress of television, film and stage, Kim has most recently become an author of Bluegoddess Love Poems: A Journey to Self Awakening. On stage, Kim was most recently seen in I'm Sorry by Amy Fox and as Sheila Whirley, the hard hitting DA, in the controversial play Ferguson at Urban Stages in NYC. She is well known and well loved for her portrayal of Zora in Zora Neale Hurston: Jump at the Sun a documentary for PBS. Soap fans of Guiding Light have enjoyed her for several years as Dr. Felicia Boudreau and she also recurred on One Life to Live and on All My Children.

Tony Shalhoub
Widely recognized for his work as a character actor, Tony Shalhoub has won a Golden Globe Award for Best Actor – Television Series Musical or Comedy, six Screen Actors Guild Awards and four Primetime Emmy Awards. For his work on Broadway, he has received four Tony Award nominations, winning a Tony Award for Best Actor in a Musical for his performance as Tewfiq Zakaria in The Band's Visit. His television work includes Antonio Scarpacci in NBC sitcom Wings and detective Adrian Monk in the USA TV series Monk. Shalhoub currently plays Abe Weissman, the father of the title character on Amazon's The Marvelous Mrs. Maisel, for which he just received an Emmy Nomination. His successful film career includes roles in films such as Barton Fink, Galaxy Quest, as well as the Men in Black, Spy Kids, Cars, and Teenage Mutant Ninja Turtles franchises. 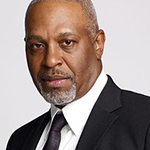 Jim Pickens
Best known for his starring role as Dr. Richard Webber on the ABC medical drama television series Grey's Anatomy, and for his supporting role as Deputy Director Alvin Kersh on The X-Files, James Pickens Jr started his professional acting career at the Roundabout Theatre in New York City. Pickens moved to the West Coast and began his Hollywood career playing Zack Edwards on the soap opera Another World from 1986 to 1990. He went on to have recurring roles on Curb Your Enthusiasm, The West Wing, Roseanne, The Practice, Beverly Hills, 90210, JAG, Six Feet Under and Roseanne. On film, Pickens has over 25 films under his belt, including the role of Stevens, head of NASA, in Disney’s comedy RocketMan, as Walter Payne in How Stella Got Her Groove Back, and as Mr. Brock in 42. 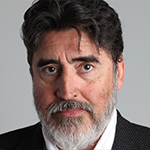 Alfred Molina
Alfred Molina has appeared in over 200 film, television and stage productions. He first rose to prominence in the West End, earning a Laurence Olivier Award for Best Newcomer in a Play nomination for his performance in the production of Oklahoma! in 1980. He made his Broadway debut as Yvan in a production of Art from 1998 to 1999. His other Broadway roles include Tevye in the musical Fiddler on the Roof from 2004 to 2005 and Mark Rothko in the play Red from 2009 to 2010.  For his portrayal of Robert Aldrich in the miniseries Feud (2017), he was nominated for a Golden Globe Award and a Primetime Emmy Award. He received a BAFTA Award nomination for Best Supporting Actor for his performance in Frida (2002), and has also been nominated for an Independent Spirit Award, a British Independent Film Award, five Screen Actors Guild Awards, and four Tony Awards. 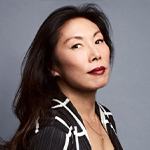 A veteran of stage, film and television, Jodi made her Broadway debut at age 7 in Nowhere To Go But Up directed by Sidney Lumet, the first of five Broadway shows she would go on to appear in as an adult: Loose Ends with Kevin Kline, The Bacchae with Irene Papas, Stephen Sondheim’s Getting Away with Murder and the revival of Rodgers and Hammerstein's Flower Drum Song, in a performance for which she won an Ovation Award at The Mark Taper in Los Angeles. Films include: The Tale with Laura Dern, Beginners with Ewan McGregor and Christopher Plummer, Paul Schrader's Patty Hearst, Mike Newell's Sour Sweet, Striking Distance, Rollover and The Hot Chick.

Television series regular as “Okcha” on Sullivan and Son, Margaret Cho's mother in All American Girl, Cafe Americain with Valerie Bertinelli, and Miss Match.  Fall 2020 she will be seen as Mrs Basil E on Netflix’s new series DASH AND LILY.

Joe Mantegna
With over 100 films like Searching for Bobby Fischer, The Godfather Part 3, and Liberty Heights to name a few, Joe has proven his versatility as an actor and his passion for the art. After making his Broadway debut in Stephen Schwartz's musical of Studs Terkel's Working, Joe was awarded the Tony and Joseph Jefferson Award for his acclaimed performance as cynical real-estate agent Richard Roma in David Mamet's Pulitzer Prize-winning play Glengarry Glen Ross. Always the baseball fan, Joe also conceived and co-wrote the Off-Broadway play Bleacher Bums, inspired by countless afternoons watching the Chicago Cubs play in Wrigley Field. Joe is no stranger to television either. Whether it’s an award winning TV movie like, a critically acclaimed series, or as the star of the long running hit show Criminal Minds, it seems like it’s hard not to turn on the TV and see Joe. Celebrating over 40 years in show business, Joe shows no signs of slowing down.