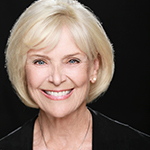 McCormack is an actress with a career in theater, films, and television. She is perhaps best known for her performance as Rhoda Penmark in Maxwell Anderson's 1956 psychological drama The Bad Seed, leading to an Oscar nomination for best supporting actress. Other notable roles in films include her portrayal of Pat Nixon in Frost/Nixon and Mildred Drummond in The Master. McCormack has also appeared on The Sopranos, Grey's Anatomy, Criminal Minds, and Supernatural. 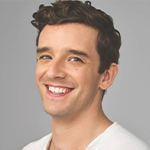 On stage, Urie was recently seen in the Public Theatre's A Bright Room Called Day, followed by the Broadway premiere of Grand Horizons. Prior to that, he starred in the Broadway revival of Torch Song. Michael originated the role of Alex More in Buyer & Cellar Off-Broadway, on tour, and in London, for which he received the Drama Desk Award, Clarence Derwent Award, the Lucille Lortel Award, LA Drama Critics Award and nominations for the Drama League and Outer Critics Circle Awards. 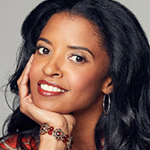 Goldsberry is an actress, singer and songwriter, known for originating the role of Angelica Schuyler in the Broadway musical Hamilton, for which she won the 2016 Tony Award for Best Featured Actress in a Musical. Additional notable roles include her work in Documentary Now!, The Good Wife, and Law & Order: Special Victims Unit, The Following, and White Collar. 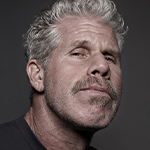 Perlman is an actor with credits including the roles of Amoukar in Quest for Fire, Salvatore in The Name of the Rose, Vincent on the television series Beauty and the Beast, for which he won a Golden Globe Award, One in The City of Lost Children, Johner in Alien Resurrection, Hellboy in both Hellboy and its sequel Hellboy II: The Golden Army, Clay Morrow on the television series Sons of Anarchy, Nino in Drive, and Wes Chandler in Start Up. 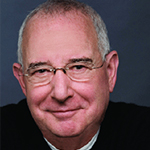 Tucker is an actor and author. His most famous role came in the television series L.A. Law, for which he was nominated for two Golden Globe Awards and three Primetime Emmy Awards. Other notable works include Spy, Law & Order, The Purple Rose of Cairo, and D2: The Mighty Ducks. 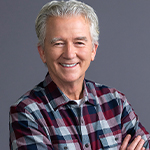 Duffy is an actor best known for his portrayal of Bobby Ewing in the hit TV series Dallas. He is also known for Step by Step and The Bold and the Beautiful. Duffy's most recent work includes Christmas with a View, NCIS, and Welcome to Sweden.