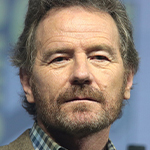 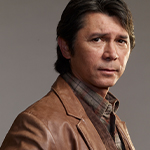 Lou Diamond Phillips
Lou Diamond Phillips’ breakthrough came when he starred as Ritchie Valens in the biographical drama film La Bamba (1987). For the Academy Award-nominated Stand and Deliver (1988), Phillips was nominated for a Golden Globe Award and won an Independent Spirit Award. He made his Broadway debut with the 1996 revival of The King and I, earning a Tony Award nomination for his portrayal of King Mongkut of Siam. His theatre credits include Hamlet; Dr. Faustus; The Lady’s Not for Burning at Stagewest, and Tony Kushner’s adaption of Brecht’s The Good Person of Setzuan at La Jolla Playhouse. Phillips’ other notable films include Young Guns, Young Guns II, Courage Under Fire, The Big Hit, Brokedown Palace, Che, and The 33. He played Henry Standing Bear in the series Longmire, and wrote thescreenplay for the feature film Ambition, and co-wrote and directed the HBO film Dangerous Touch. 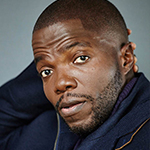 Reno Wilson
Reno Wilson is perhaps best known as Officer Carl McMillan on Mike and Molly. He made his television debut as Theo’s best friend Howard,on The Cosby Show, and has since starred and guest-starred in dozens of television series, including Heist, Blind Justice and the critically acclaimed Showtime series, The Hoop Life. Wilson just wrapped Grandaddy Day Care for Universal and can be seen as a regular on the NBC series Good Girls. Current films include Bolden, in which he plays legendary jazz icon Louis Armstrong, and in the upcoming Headshop. Wilson is also an accomplished voice-over artist who, most notably, gave voice to multiple characters in the Transformers: Revenge of the Fallen, Transformers: Dark Of The Moon, Transformers: Age of Extinction and Transformers: The Last Knight. 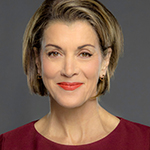 Wendie Malick
Wendie Malick is best known for her roles as Judith Tupper Stone in Dream On, Victoria Chase in Hot in Cleveland, and as Nina Van Horn in Just Shoot Me!, for which she was nominated for two Primetime Emmys and a Golden Globe Award, as well as her recurring role as Ronee Lawrence on the final season of Frasier. Malick has been in a number of films, and has made over 50 guest appearances on television shows, made for television movies, and as a voice actress. Recent theatre productions include Off-B’way: North Shore Fish, Burleigh Grimes; Los Angeles: Questa, Round Trip, Santaland Diaries, Vagina Monologues, The Underpants (Geffen). Regional: The Guys, Don’t Blame Me, I Voted For Helen Gahagan Douglas, Blithe Spirit, Closure, What Is the Cause of Thunder.  As of 2020, she stars as the voice of Eda Clawthorne on the Disney animated series The Owl House. 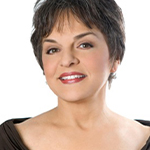 Priscilla Lopez
Priscilla Lopez is perhaps best known for creating the role of Diana Morales in A Chorus Line, for which she won her first Tony for Best Featured Actress in a Musical. She won her second Tony in 1980’s  A Day in Hollywood / A Night in the Ukraine. She has had the distinction of appearing in two Broadway landmarks: one of its greatest hits, the highly acclaimed, long-running A Chorus Line, and, as a teenager, in one of its biggest flops, the infamous musical version of Breakfast at Tiffany's. Lopez achieved critical and popular success in Stephen Sondheim's Company, followed by the hit Pippin, in which she also starred as Berthe in the revival. From 2008 to 2011, Lopez appeared as Camilla in the Broadway production of In the Heights. 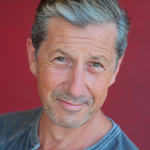 Charles Shaughnessy
Charles Shaughnessy became widely known for playing Shane Donovan on the soap opera Days of Our Lives. His character’s romance with Patsy Pease’s character made the duo into a soap supercouple. Shaughnessy is also well known for his portrayal of Maxwell Sheffield opposite Fran Drescher on The Nanny. He and Drescher resumed acting together in Drescher's next sitcom, Living with Fran, as a guest on her limited-run daytime show, The Fran Drescher Show, and again in Happily Divorced. Shaughnessy is the voice of Dennis the Goldfish on the Disney Channel cartoon series Stanley for which won a Daytime Emmy Award for Outstanding Performer in an Animated Program. His stage appearances include the Broadway musical Urinetown, Orson’s Shadow at Pasadena Playhouse, and double dipping as Arthur in both Cam- (and Spam-) alot!” Laguna Playhouse audiences will recognize him for his work as “He” opposite Rita Rudner in the new comedy Act 3.