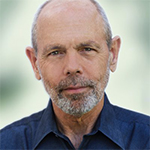 Joe Spano
Joe Spano is an Emmy Award-winning actor currently in his 16th season as Tobias Fornell on the series “NCIS.” Joe starred for 7 years as Lt. Henry Goldblume on “Hill Street Blues.” He also starred in the series “Mercy Point,” “Amazing Grace,” “Murder One” and “NYPD Blue.” Joe has starred in 20 films made for television, guest-starred on 38 television shows and played opposite Jane Curtin in a comedy pilot for Fox. He has appeared in 30 feature films, including “Hart’s War,” “Primal Fear,” “Apollo 13,” “American Graffiti,” “Hollywoodland,” “Fracture” and “Frost/Nixon.” New York stage credits include the Roundabout Theatre Company production of Arthur Miller’s The Price (Tony nominated for Best Revival). West Coast credits include multiple roles over ten seasons with Berkeley Rep, of which he is a founding member; American Buffalo, (L.A. Drama Critics’ Circle Award); School for Scandal, Speed the Plow and A Chorus of Disapproval for South Coast Rep; and Bill Cain’s Equivocation at the Geffen. At Rubicon, where he is a company member, Joe has appeared in Ancestral Voices, Shaw’s The Devil’s Disciple, Sylvia, Waiting for Godot, R. Buckminster Fuller: The History…and MYSTERY of the Universe (Ovation Award), Edward Albee’s Who’s Afraid of Virginia Woolf?, Cormac McCarthy’s Sunset Limited and, most recently, Charles Dickens’ A Christmas Carol. 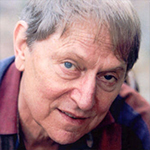 John Collum
John Cullum has worked on the stage for nearly half a century, playing leading roles in Broadway musicals as well as classical theater. His honors include two Tony Awards® for Best Actor in a Musical, including Shenandoah (1975) and On the Twentieth Century (1978), winning the Tony Award for Best Leading Actor in a Musical for each. The stage has dominated Cullum’s career, having earned Tony nominations as Caldwell B. Cladwell in Urinetown (Best Actor in a Musical) and in the revival of 110 in the Shade opposite Audra McDonald (Best Featured Actor in a Musical). He is also a familiar presence on television, most recognizable as tavern owner Holling Vincoeur in the television drama series Northern Exposure, gaining an Emmy Award nomination (Best Supporting Actor in a Drama) as well as in TV shows including ER, Law & Order: Special Victims Unit, and Mad Men. His films include The Prodigal, Sweet Country, Inherit the Wind, Held Up, and Blackwater Elegy. In 2007, Cullum was voted into the Theater Hall of Fame. 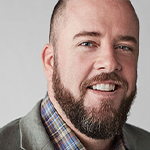 Chris Sullivan
Chris Sullivan currently stars as Toby on the NBC drama This Is Us. For this role, Sullivan was nominated for the Primetime Emmy Award for Outstanding Supporting Actor in a Drama Series in 2019. He first gained attention for his portrayal of Tom Cleary on the Cinemax drama The Knick. He also played Taserface in Guardians of the Galaxy Vol. 2 and Benny Hammond in Stranger Things. Much of Sullivan's early stage experience came in Chicago, where he received improv training at the iO Theater. This includes Defending the Caveman at the Lakeshore Theater and The Ballad of Emmett Till at the Goodman Theatre. On Broadway, Sullivan was part of the original cast of Lombardi, and the long-running revival of Chicago. His Film and TV credits include the 2008 Sundance Film Festival nominated movie North Starr, The Normal Heart, The Drop, A Gifted Man, Elementary, Law & Order: Special Victims Unit, and The Americans. Fans might also recognize Sullivan’s voice as the camel in the popular "Hump Day" ad by the American auto insurance company GEICO. 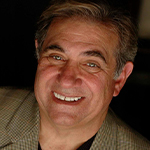 Dan Lauria
Best known for his portrayal of Jack Arnold in The Wonder Years, Dan Lauria has appeared on stage at Laguna Playhouse in Love Letters and Tesla. In 2010, Dan stared as Vince Lombardi in Broadway's production of Lombardi, with sportswriter Jim Hague commenting, “Lauria truly becomes Vince Lombardi.” Dan was back on Broadway in 2012 with A Christmas Story: The Musical. Lauria has appeared as a guest star in over seventy television episodic programs and more than twenty Movie of the Week productions, plus a score of motion picture credits. A great promoter of new plays, Dan does not do plays written by old dead white guys. 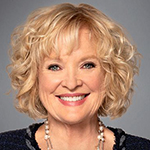 Christine Ebersole
Christine Ebersole won her first Tony Award for Best Leading Actress in a Musical for her performance of Dorothy Brock Broadway revival of 42nd Street. Ebersole won her second Tony  for the dual roles of Edith Ewing Bouvier Beale ("Big Edie") and Edith Bouvier Beale ("Little Edie") in Grey Gardens, a musical based upon the film of the same name. Additional Broadway credits include On the Twentieth Century, the 1979 revival of Oklahoma! (as Ado Annie), the 1980 revival of Camelot, revival of Gore Vidal's The Best Man, Steel Magnolias, Blithe Spirit and the new musical War Paint. Her television credits include 1993 television movie adaptation of Gypsy starring Bette Midler, and in the 2000 ABC-TV movie Mary and Rhoda starring Mary Tyler Moore and Valerie Harper, Carol Walsh on Sullivan & Son, Retired at 35, and Royal Pains. Film fans will recognize her from movies such as Tootsie, Amadeus, Three Men and a Baby, Mac and Me, My Girl 2, Richie Rich, Black Sheep, and My Favorite Martian. 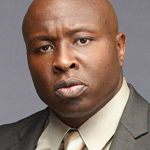 Steve Harris
Steve Harris is known for his work as Eugene Young on the legal drama The Practice, for which he was nominated twice for Outstanding Supporting Actor in a Drama Series, and six times for an NAACP Image Award, winning in 2004. For his role as Charles McCarter in Tyler Perry’s Diary of a Mad Black Woman, he was nominated for a Black Movie Award for Outstanding Performance by an Actor in a Supporting Role. Harris is also known as Detective Ethan Bennett on The Batman, James Johnson on Heist, Virgil Merriweather on Friday Night Lights, and Detective Isaiah "Bird" Freeman on the NBC drama Awake and most recently as Brian Rochester on Chicago PD. Harris has been in multiple films including The Mod Squad, Minority Report, Regina King's directorial debut Let The Church Say Amen which was adapted from ReShonda Tate Billingsley's 2005 best selling novel, and Burning Sands on Netflix.