is an actor, singer, dancer, director, and choreographer. His Broadway credits include Warp!, Ain't Misbehavin', Play On!, The Full Monty, Impressionism, and the title role in The Wiz. De Shields originated the role of Hermes on Broadway in Hadestown, winning the 2019 Tony Award for Best Featured Actor in a Musical and the 2020 Grammy Award for Best Musical Theater Album for his performance. He has also appeared on television, and won a Primetime Emmy Award for Outstanding Individual Achievement for his performance in the 1982 NBC broadcast of Ain't Misbehavin'. 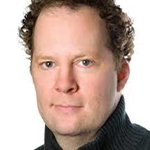 Hensley's stage career began with On the Town,  The Most Happy Fella, and A Funny Thing Happened on the Way to the Forum, In 1998, he was cast as Jud Fry for London's National Theatre Production of Oklahoma! then continued to play the role when the show transferred to the West End and then to Broadway, where he won a Tony, a Drama Desk Award and an Outer Critics Circle Award. Hensley also starred on Broadway in Young Frankenstein as the Monster and was nominated for the Drama Desk Award for Outstanding Featured Actor in a Musical and the Outer Critics Circle Award for Outstanding Featured Actor in a Musical. In 2011 he portrayed American Yiddish theatre great Boris Thomashefsky in The Thomashefskys: Music and Memories of a Life in the Yiddish Theater that later aired on the PBS series "Great Performances." 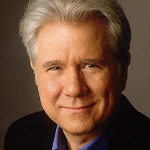 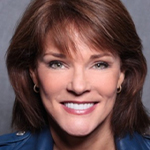 In film, Carolyn's breakthrough role was in "Enemy Mine" with Dennis Quaid. Other credits include Woody Allen's "Whatever Works," "You Know My Name" with Sam Elliott, and "A Simple Twist of Fate" with Steve Martin. On TV she played district attorney Rita Fiore in "Spenser: For Hire" and appeared as the holodeck simulation Minuet in "11001001" in "Star Trek: The Next Generation," and later as Minuet Riker in a fantasy-alternate universe "Future Imperfect". A role she would become known for is that of Dr. Elizabeth Olivet on "NBC's Law & Order." She has also been a guest star on "Madam Secretary," "Elementary," "Blue Bloods," "Judging Amy," "The Practice," "Body of Proof," "Cold Case," "Homicide: Life on the Street," and "LA Law." Stage credits include: Eve-olution at the Cherry Lane, Dinner with Friends, Oedipus, Ancestral Voices, The Donahue Sisters, Family Furniture, Vanya, Sonya, Masha and Spike, What I Did Last Summer, and The Open House (Lucille Lortel nomination, Drama Desk Award).

is an actor, writer and producer, best known for her performances in Hallmark Hall of Fame and Lifetime movies (including "Stranger in My Bed," "The Perfect Neighbor," "Double Cross," "Murder in My House," "The Rival," "A Valentine Carol," "Black Widow,"  "Heat Wave," "My Mother's Secret," "Home Invasion," "The Wife He Met Online," "Fame's Promise," "Wedding Daze," and "Back to You and Me"). TV credits include "Pensacola: Wings of Gold," "Cedar Cove," and "Chesapeake Shores" with Treat Williams and Diane Ladd. She is also known for her roles on the soap operas "The Bold and the Beautiful" and "One Life to Live" as well as guest roles in "ER," "Cold Case," "Las Vegas," "NCIS," "Charmed," "Eli Stone," and "Parks and Recreation."  On HBO she played Marilyn Monroe in the "The Rat Pack" and has appeared in films such as "Under Lock and Key," "Forest Warrior," "Foxfire," "Breast Men," "Chasing Ghosts," "Redline," "Summer's Blood," and "A Perfect Ending." She is also a motivational speaker, media trainer, and animal rights activist and spokesperson, as a National Ambassador for American Humane. 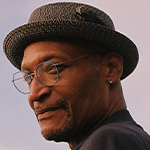