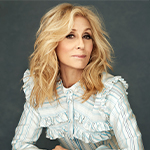 Judith Light made her Broadway debut in the 1975 revival of A Doll's House. Although, her breakthrough role was in the ABC daytime soap opera One Life to Live, where she played the role of Karen Wolek, which won her two consecutive Daytime Emmy Awards for Outstanding Lead Actress in a Drama Series. She later starred as Angela Bower in the long-running ABC sitcom Who's the Boss?, and has starred in Law & Order: Special Victims Unit, Ugly Betty, Transparent, Dallas and many more television sitcoms, dramas and films. Judith received her first nomination for a Tony Award in 2011, for her performance in the original Broadway play Lombardi. In 2012 and 2013, Light won two consecutive Tony Awards for Best Featured Actress in a Play, for her performances in Other Desert Cities and The Assembled Parties.

Tucker Smallwood is an American actor, author and vocalist. His films include The Cotton Club, Contact, Deep Impact, Larry David's Sour Grapes, Traffic, The One, Quigley, Spectres and Embers. On television, he has been a regular and made guest appearances on many series, including Space: Above and Beyond, Millennium, Babylon 5, The X-Files, Curb Your Enthusiasm, Seinfeld, Murphy Brown, Star Trek: Voyager, Star Trek: Enterprise, Friends and The Sarah Silverman Program. He is the vocalist in the blues band Incarnation led by bassist Jerry Jemmott. He is the author of Return To Eden, anthology of 33 personal essays describing his tour of duty in the Vietnam War, his life as performer and his return to Vietnam in 2004. 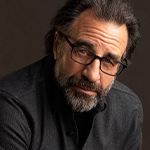 Ray Abruzzo is best known for his role as Little Carmine Lupertazzi in The Sopranos. You might also remember Ray from Dynasty, The Practice and Night Court, among many other appearances. He was seen on the stage of the Pasadena Playhouse in the play, Mauritius, by Theresa Rebeck, and also played the title role in Lombardi. Abruzzo starred in the longest single shot movie in American film history, Somebody Marry Me, written and directed by John Asher. 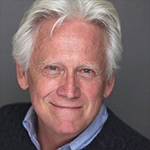 Bruce Davison is well known for his starring role as Willard Stiles in the cult horror film Willard and his Academy Award-nominated and Golden Globe-winning performance in Longtime Companion, and as Thomas Semmes in the HBO original movie Vendetta. Davison made his Broadway debut in Tiger at the Gates in 1968. He also appeared as John Merrick in The Elephant Man, and starred in The Glass Menagerie with Jessica Tandy. Davison also starred in the Public Theater/New York Shakespeare Festival production of King Richard III. Additional Off-Broadway credits include Love Letters, The Cocktail Hour and Paula Vogel's Pulitzer Prize-winning play How I Learned to Drive. He also played the role of Ruby in the 1985 comedy Spies Like Us, starring Dan Aykroyd and Chevy Chase. He is familiar to movie audiences from his roles in Runaway Jury, Apt Pupil, and his role in the X-Men movie franchise as Senator Robert Kelly. 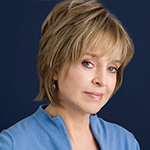 Jill Eikenberry is known for her role as lawyer Ann Kelsey on the NBC drama L.A. Law, for which she is a five-time Emmy Award and four-time Golden Globe Award nominee, winning the Golden Globe for Best Actress in a Drama Series in 1989. She received an Obie Award in 1986 for the Off-Broadway plays Lemon Sky and Life Under Water, and was nominated for a 2011 Drama Desk Award for the Off-Broadway musical The Kid. Her film appearances include Hide in Plain Sight, Arthur and The Manhattan Project. 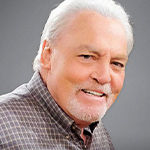 Stacy Keach is best known for his most prominent role was as Mickey Spillane's fictional detective Mike Hammer, which he played in numerous stand-alone television films and at least three television series throughout the 1980s and 1990s. The role earned him a Golden Globe Award nomination in 1984. He has appeared as the lead in films such as Fat City and The Ninth Configuration. Other notable roles include Ken, the father of comedian Christopher Titus in the FOX sitcom Titus, and as Sergeant Stedenko in Cheech & Chong's films Up in Smoke and Nice Dreams. Keach won a Golden Globe Award and was nominated for a Primetime Emmy Award for the television miniseries Hemingway, and is an inductee of the Theatre Hall of Fame and was honored with a star on The Hollywood Walk of Fame. Off-Broadway, Keach played the title role in MacBird!, and later starred alongside Morgan Freeman in his acting debut. Keach first appeared on Broadway in 1969 as Buffalo Bill in Indians by Arthur Kopit.