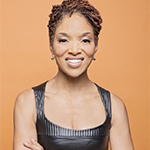 Lisa Arrindell made her film debut in the 1991 comedy Livin' Large. She later went to appear in Trial by Jury and Clockers. In 2006, Arrindell appeared in three films, Big Momma's House 2, The Second Chance and Madea's Family Reunion. Ten years later, Arrindell appeared opposite Isaiah Washington in the thriller The Sin Seer. On television, Arrindell had a regular role in the NBC sitcom In the House in 1995. She co-starred in a number of made-for-television movies, include A Lesson Before Dying, Disappearing Acts, The Wronged Man, and The Immortal Life of Henrietta Lacks starring Oprah Winfrey. 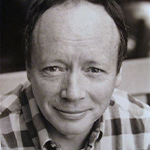 R Bruce Connelly is an actor and mime who has performed Barkley on Sesame Street. A veteran stage actor, Connelly auditioned for the role upon the recommendation of friend Michelan Sisti, who had been offered the part but chose to stay in Los Angeles. When asked in an interview how he won the role, Connelly responded, "I hear I got the role because I 'understood dogs.' They said they could always teach me how to work the costume but you can’t teach someone how to understand how a dog’s mind worked." Connelly has also played the Bozark puppet in Old Dogs, a slice of bread squeezing Wayne Brady in "Between" and assists with minor puppets, such as frogs.

Click the image below to see R Bruce's performance. 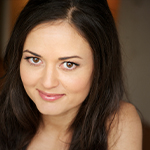 Danica McKellar is best known for her role as Winnie Cooper in the television series The Wonder Years. Since 2010, she has voiced Miss Martian in the animated superhero series Young Justice, and is the current voice of Judy Jetson from The Jetsons since 2017 following Janet Waldo's death in 2016. In addition to her acting work, McKellar later wrote six non-fiction books, all dealing with mathematics: Math Doesn't Suck, Kiss My Math, Hot X: Algebra Exposed, Girls Get Curves: Geometry Takes Shape, which encourage middle-school and high-school girls to have confidence and succeed in mathematics, Goodnight, Numbers, and Do Not Open This Math Book. 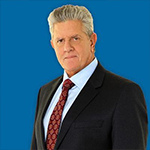 Sam McMurray is best known for his roles as dentist Vic Schweiber on Freaks and Geeks, Supervisor Patrick O'Boyle in the CBS sitcom series The King of Queens, Trent Culpepper in the sitcom Cristela and for voicing Roy in the family sitcom television series Dinosaurs. He also appeared as Doug on the NBC sitcom Friends. Since 2019, he has appeared as Ned on the CBS sitcom Mom. 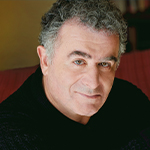 Saul Rubinek is a character actor, director, playwright, and producer of television, theatre, and film. He has had roles in notable films including Against All Odds, Wall Street, The Bonfire of the Vanities, True Romance, and Unforgiven. Rubinek is known for his role as Artie Nielsen in the Syfy series Warehouse 13 and Louis B. Mayer in The Last Tycoon, and has had recurring roles on Frasier, A Nero Wolfe Mystery, and Leverage. He is a five-time Genie Award nominee, winning Best Supporting Actor for Ticket to Heaven, and a two-time Gemini Award nominee. His first play, Terrible Advice, premiered in September 2011. 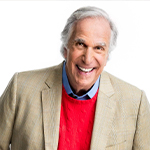 Henry Winkler is an American actor, comedian, director, and producer. He initially rose to fame for his role as Arthur "Fonzie" Fonzarelli on the sitcom Happy Days, for which he won two Golden Globe Awards and earned three Emmy Award nominations for Outstanding Lead Actor in a Comedy Series. Winkler later played Barry Zuckerkorn on the comedy series Arrested Development, Sy Mittleman on the dark comedy series Children’s Hospital, Dr. Saperstein on the comedy series Parks and Recreation, and Eddie R. Lawson on the comedy-drama series Royal Pains. His most recent role is Gene Cousineau on the dark comedy series Barry, for which he won the Emmy Award for Outstanding Supporting Actor in a Comedy Series. He earned a nomination for the Golden Globe Award for Best Actor – Motion Picture Drama for playing Jack Dunne in Heroes, and was nominated for the Golden Globe Award for Best Actor – Motion Picture Musical or Comedy for his role as Chuck Lumley in the film Night Shift. Winkler has appeared in films such as The Lords of Flatbush, The One and Only, Scream, The Waterboy, Holes, Click, and Here Comes the Boom.