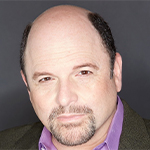 Jason Alexander is best known for his role as George Costanza in the television series, Seinfeld. He began his acting career on the New York stage and his Broadway credits include Merrily We Roll Along, The Rink, Broadway Bound, and Jerome Robbins' Broadway, for which he won the a Tony Award for Best Actor in a Musical. Other credits include the Los Angeles production of The Producers and the world premiere of The Portuguese Kid at the Manhattan Theatre Club. Jason has served as the artistic director of Reprise Theatre Company in Los Angeles. 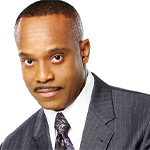 As part of Joe Papp's New York Shakespeare Festival, Carroll helped open doors for actors of color by taking on non-traditional roles in Shakespearean dramas. In 1987, he appeared on Broadway in The Piano Lesson that won the Pulitzer Prize for Drama and earned him nominations for both Tony and Drama Desk awards. On TV he is known for portraying musician Joey Emerson on the comedy-drama Roc, as well as for his roles in Chicago Hope NCIS, Boston Legal, The West Wing, Law & Order, and Grey's Anatomy. Film credits include Born on the Fourth of July, Crimson Tide and Prelude to a Kiss. 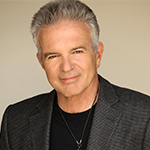 On TV Denison is known for his roles in The Closer, and its spin-off, Major Crimes as well as for his portrayal of mob boss Ray Luca on NBC's Crime Story. In addition, he has appeared in various other TV programs and films, notably Wiseguy, The Great Escape II: The Untold Story, City of Hope, Criminal Passion, Playmakers, Prison Break, Criminal Minds, Walker, Texas Ranger, The Amy Fisher Story, and Getting Gotti. 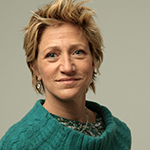 Falco got her breakout role in the HBO drama The Sopranos playing Carmela Soprano, wife of Mafia boss Tony Soprano. The series is considered to be one of the greatest TV series of all time and for her portrayal she won three Emmy Awards, two Golden Globes, and five Screen Actors Guild Awards. During her tenure on The Sopranos, she also appeared in films such as Freedomland, and Sunshine State, for which she received the Los Angeles Film Critics Award for Best Supporting Actress. She starred as in the Showtime series Nurse Jackie. On stage she was in the Broadway revival of House of Blue Leaves for which she was nomination for a Tony. 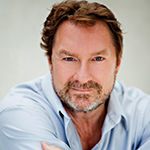 Root made his Broadway debut in So Long on Lonely Street and also appeared in All My Sons and Marjorie Prime. His feature film debut was in Crocodile Dundee II and that same year he was in the psychological horror film Monkey Shines. He is a favorite of the Coen brothers and has appeared in O Brother, Where Art Thou?, The Ladykillers, No Country For Old Men, and The Ballad of Buster Scruggs. TV credits include the HBO series True Blood, Pushing Daisies, Comedy Central's The Sarah Silverman Program, the FX series Justified, Boardwalk Empire and Brooklyn Nine-Nine. In 2018, he began starring in the HBO series Barry, for which he received an Emmy Award nomination. 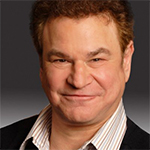 Wuhl's first film was The Hollywood Knights, which was followed by Flashdance. Subsequest films include Good Morning, Vietnam, Bull Durham, Batman, Blaze, Missing Pieces, Mistress, Blue Chips, and Cobb. Wuhl wrote and starred in the HBO series Arli$$ and was a frequent panelist on the ESPN game show 2 Minute Drill. In 2006, he starred on HBO in a one-man-show, Assume the Position with Mr. Wuhl, followed in 2007 by Assume the Position 201. More recently he has appeared on American Dad.