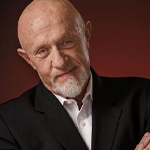 Jonathan Banks’ first notable film roles were in the films Airplane!, 48 Hrs., and Beverly Hills Cop. He has received critical acclaim for his role as Mike Ehrmantraut in the television series Breaking Bad, its spin-off series Better Call Saul, and its sequel film, El Camino: A Breaking Bad Movie. He is also known for his breakthrough role as Frank McPike in Wiseguy. He has received six Primetime Emmy Award nominations for Outstanding Supporting Actor in a Drama Series for his work on all three series, making him the only actor with nominations as a main cast member for three shows in this category, two of which feature him as the same character. 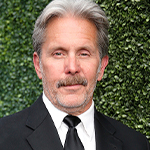 Gary Cole began his professional acting career on stage at Chicago's Steppenwolf Theatre Company in 1985. On television, he has had starring roles in the TV series Midnight Caller, American Gothic, The West Wing, Crusade, The Good Wife, The Good Fight, Veep, Chicago Fire, and Mixed-ish. In film, he has appeared in The Brady Bunch Movie, One Hour Photo, Office Space, Dodgeball: A True Underdog Story, Breach, and Talladega Nights: The Ballad of Ricky Bobby. He is also known for voicing the title character on the Adult Swim series Harvey Birdman, Attorney at Law and James Timothy Possible on Kim Possible. 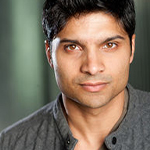 Rupak Ginn has appeared off-Broadway as well as in numerous TV shows and films. Selected highlights include seven seasons on USA's, Royal Pains. Ginn made his off-Broadway debut starring alongside Dan Lauria in The Stone Witch. He is also the host of the food and travel show, Dhabas, for ITVS. His film credits include Friends with Benefits, The Royal Wedding, The Namesake, The High Note, and Khoya. 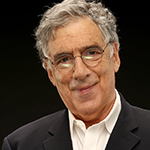 Elliott Gould began acting in Hollywood films during the 1960s. In addition to his performance in the comedy Bob & Carol & Ted & Alice, for which he received a nomination for the Academy Award for Best Supporting Actor, Gould is perhaps best known for his significant leading roles in Robert Altman films, starring in M*A*S*H, The Long Goodbye and California Split. Other notable film roles include Little Murders, Ingmar Bergman's The Touch, Capricorn One, The Silent Partner, Bugsy, and American History X. He also had recurring roles as Jack Geller on the television sitcom Friends, as Reuben Tishkoff in the Ocean's film series and as Ezra Goldman on the television series Ray Donovan. 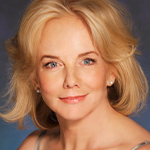 Linda Purl was born in Connecticut, but raised in Japan, becoming the only foreigner to train at the Toho Geino Academy. At the Imperial Theatre in Tokyo, she performed in The King and I (in Japanese), Oliver, and played Helen Keller in The Miracle Worker. She then went to England to study under Marguerite Beale, before returning to the US to study at the Lee Strasberg Institute and, later, with Robert Lewis. Her Broadway stage credits include The Adventures of Tom Sawyer and Getting and Spending. Purl's TV credits include Happy Days, The Office, and Matlock. 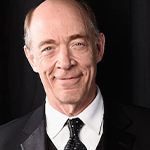 J.K. Simmons starred as Captain Hook and Mr. Darling opposite gymnastics champ Cathy Rigby in the Broadway and touring revivals of Peter Pan. He played Benny South-street in the Broadway revival of Guys and Dolls and can be heard on the cast recording. He made five films with director Sam Raimi: For Love of the Game, The Gift, Spider-Man, Spider-Man 2, and Spider-Man 3. Simmons won numerous Screen Actors Guild Awards, a Golden Globe, a BAFTA, an Independent Spirit Award, and an Oscar for Best Performance by an Actor in a Supporting Role for Whiplash. His TV credits include Counterpart, Law and order, Oz, and The Closer. Simmons can also be seen in commercials as the spokesperson for Farmers' Insurance.